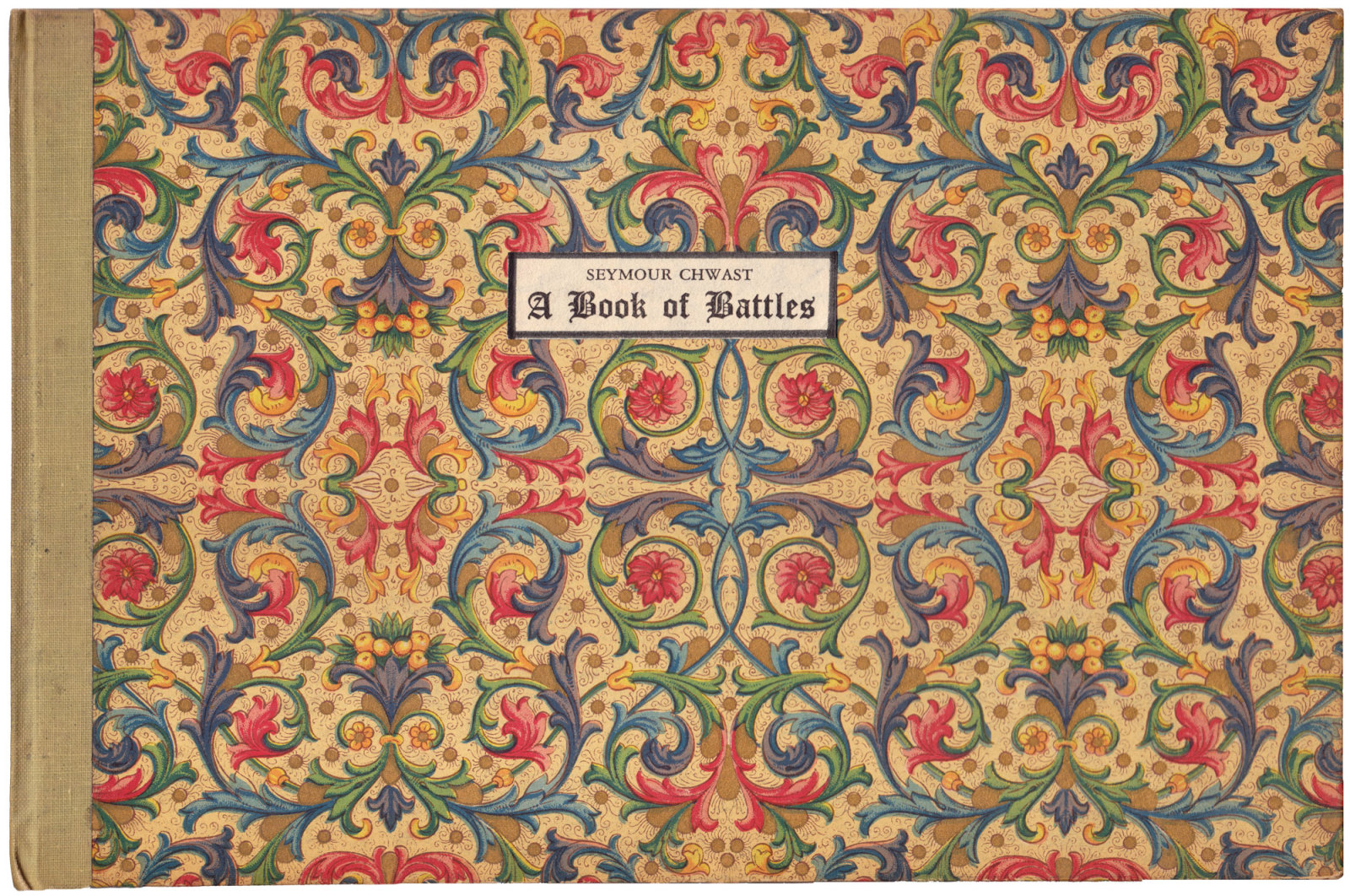 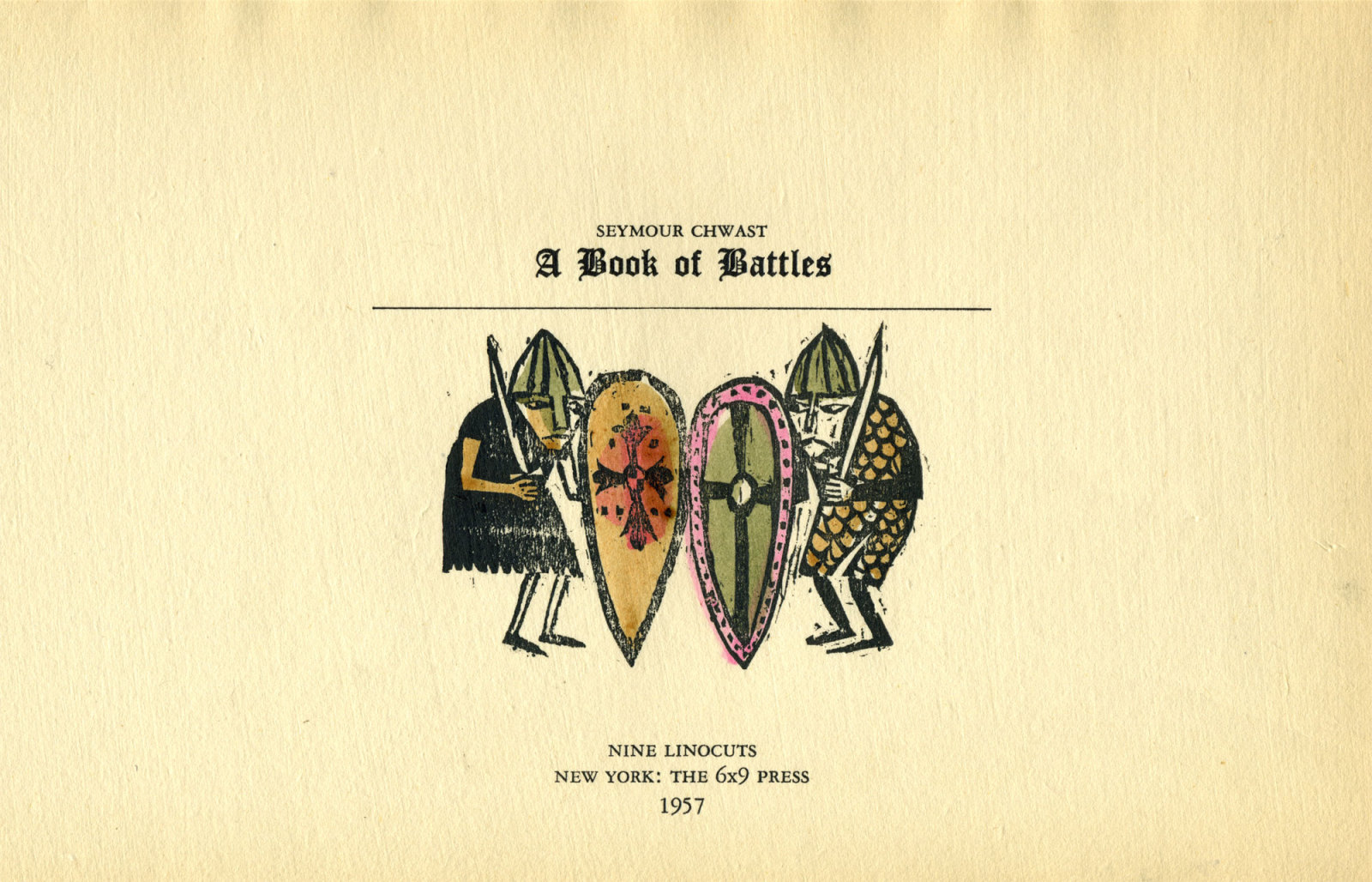 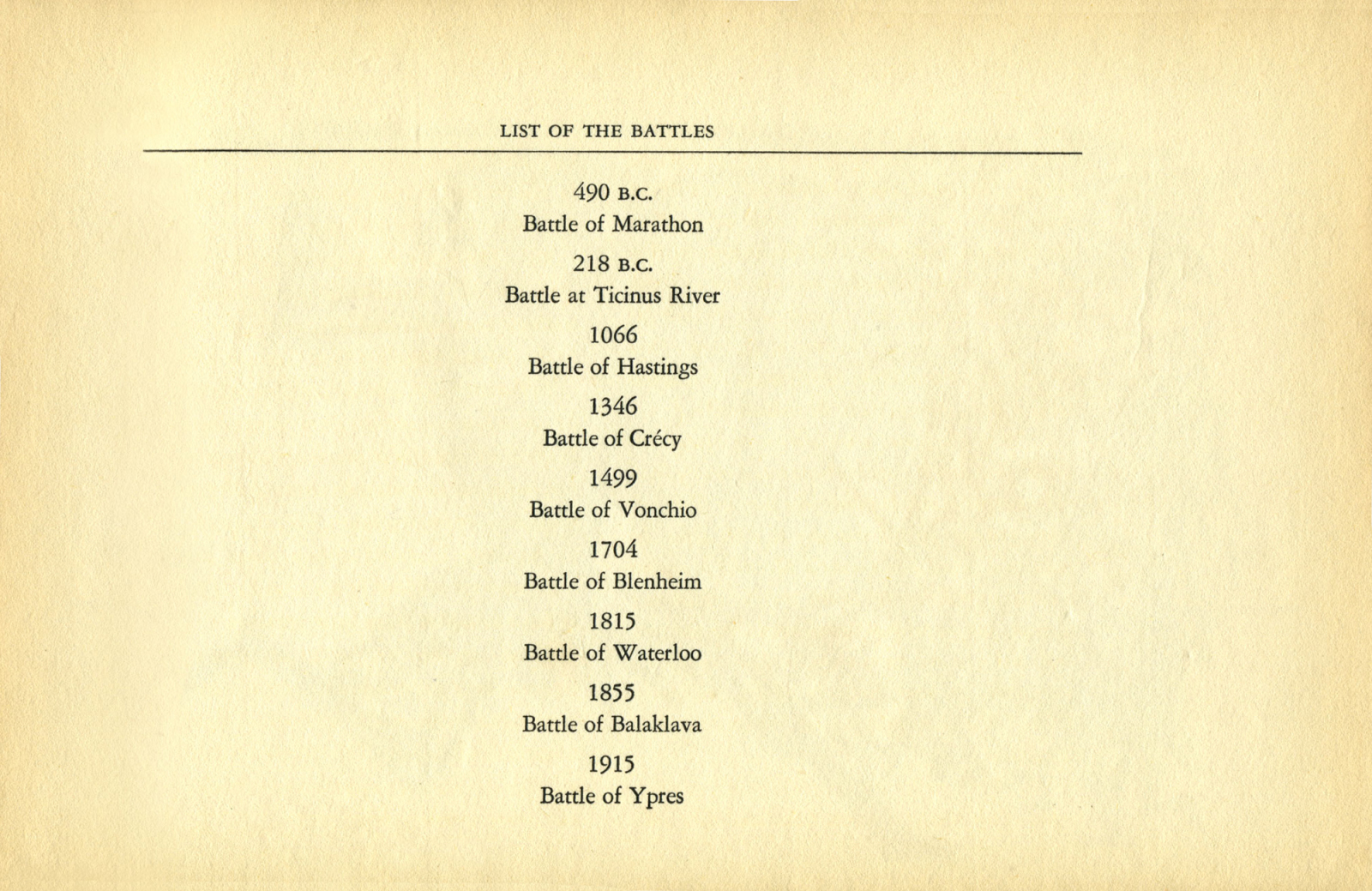 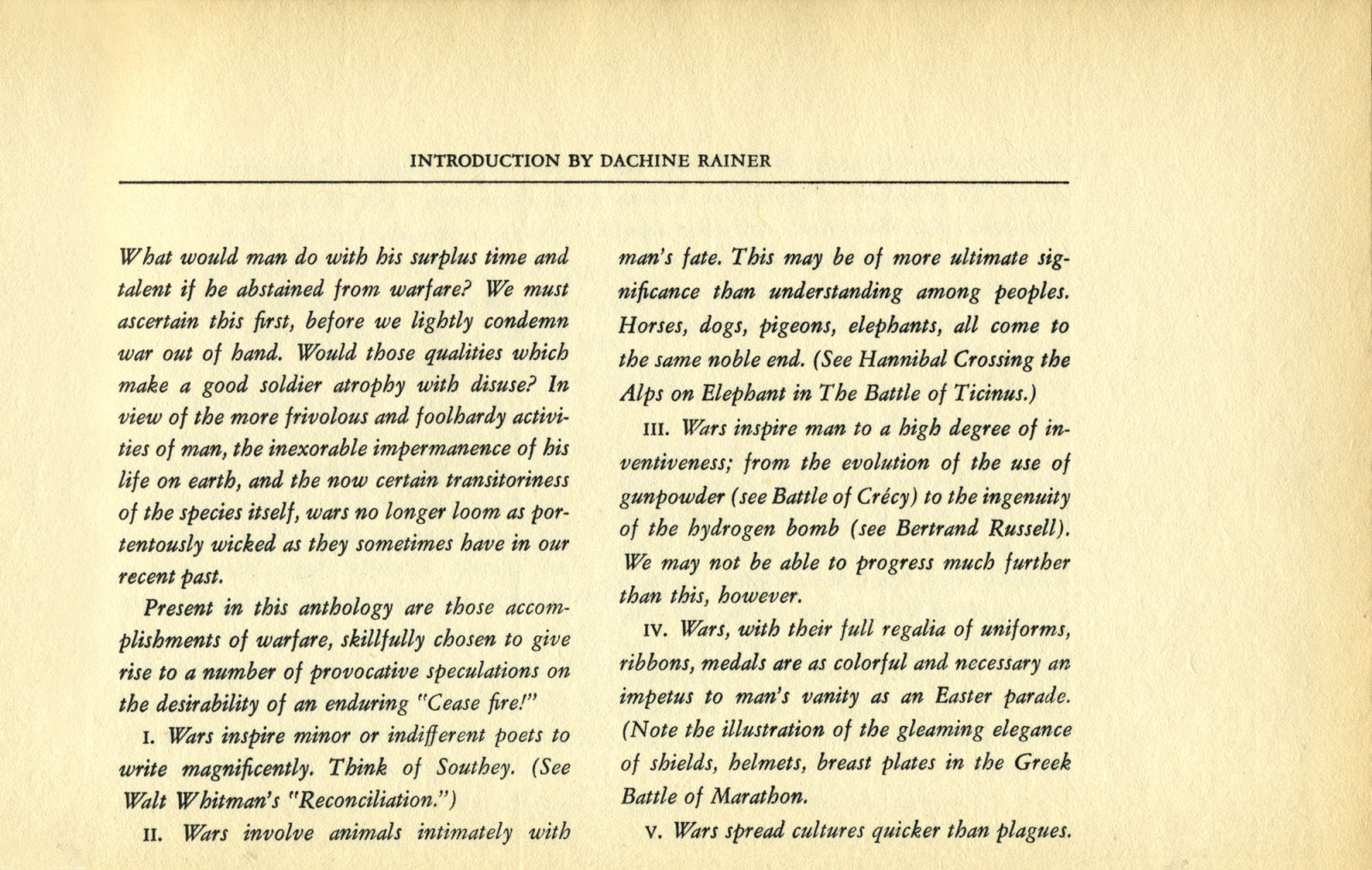 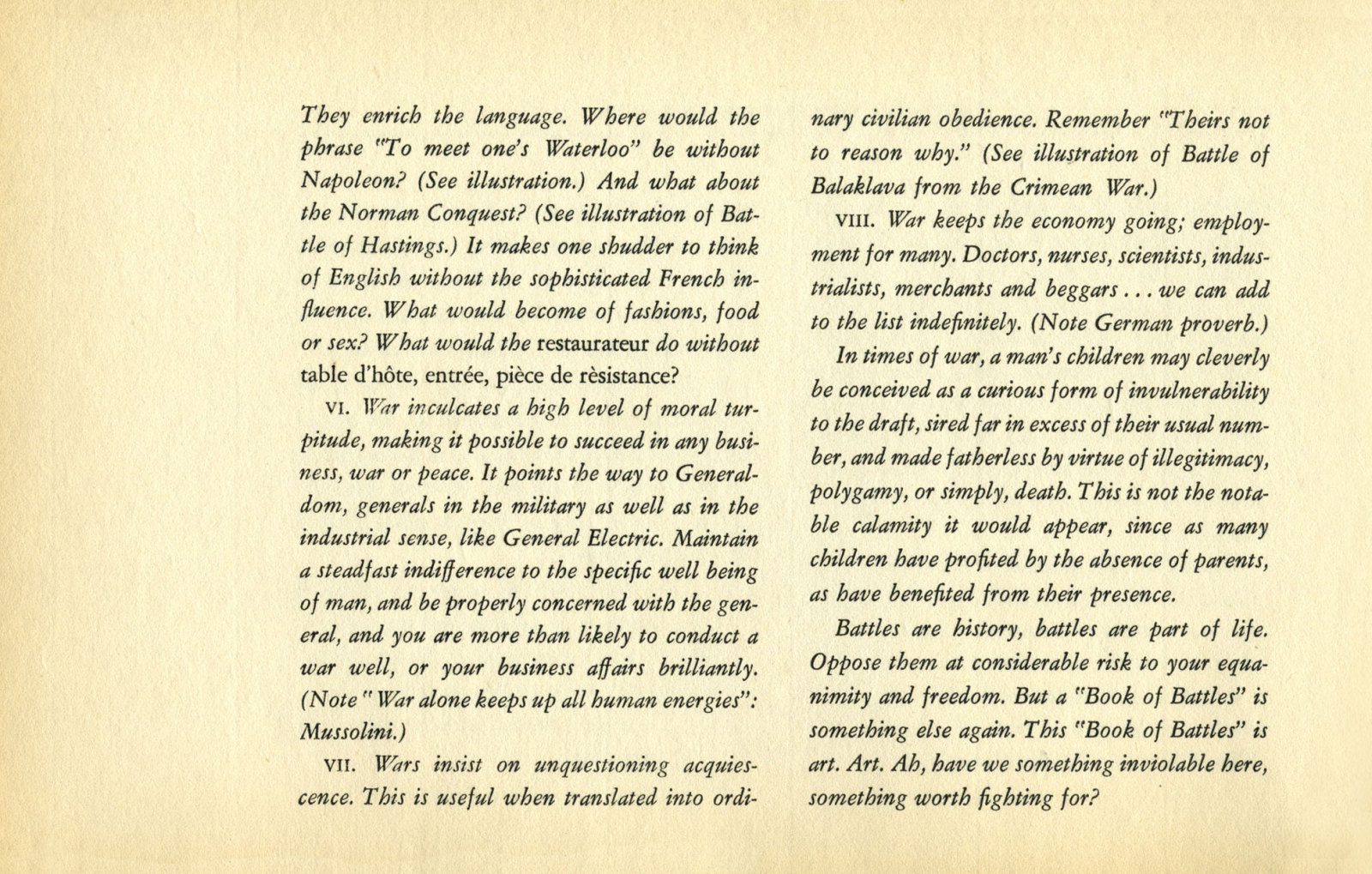 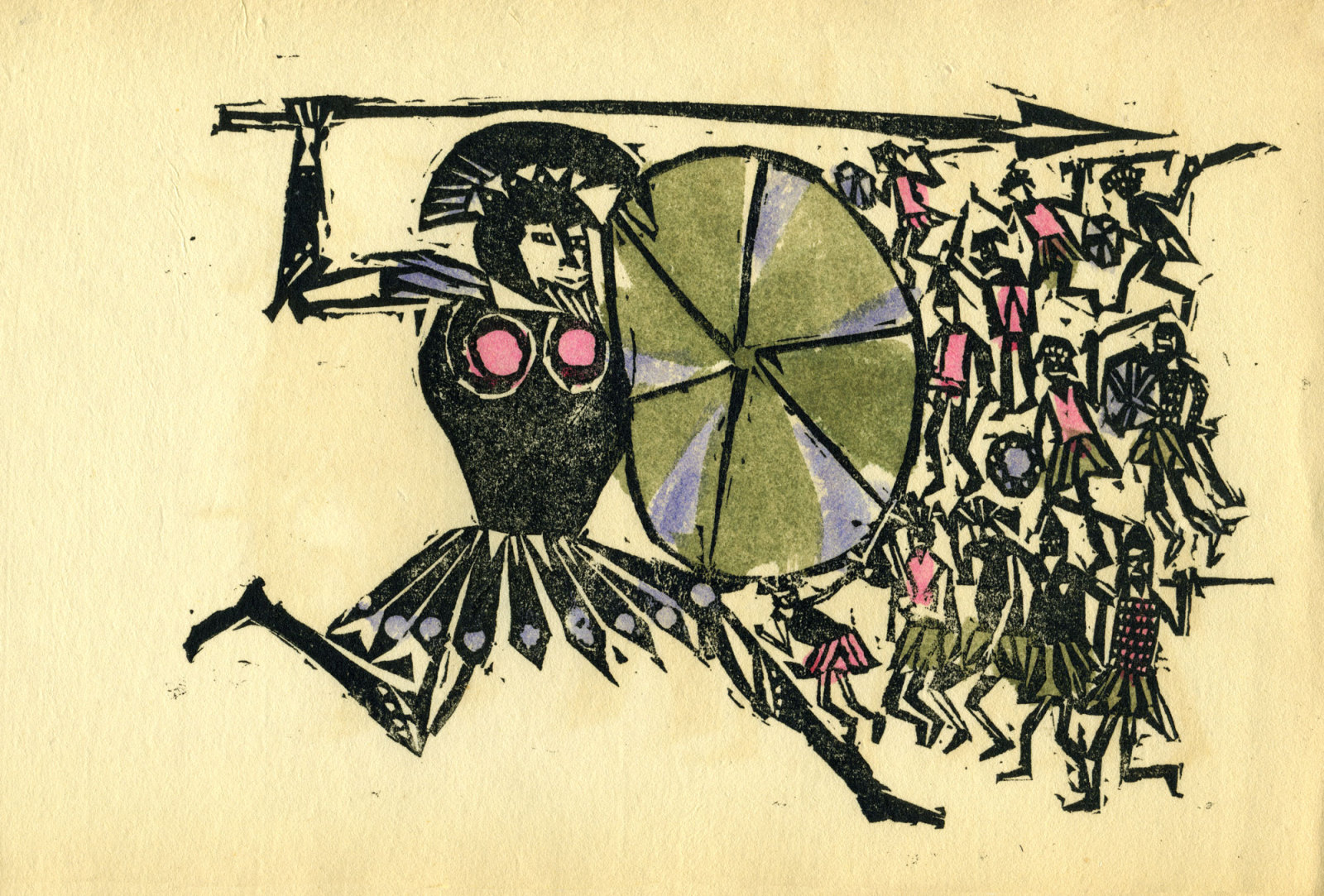 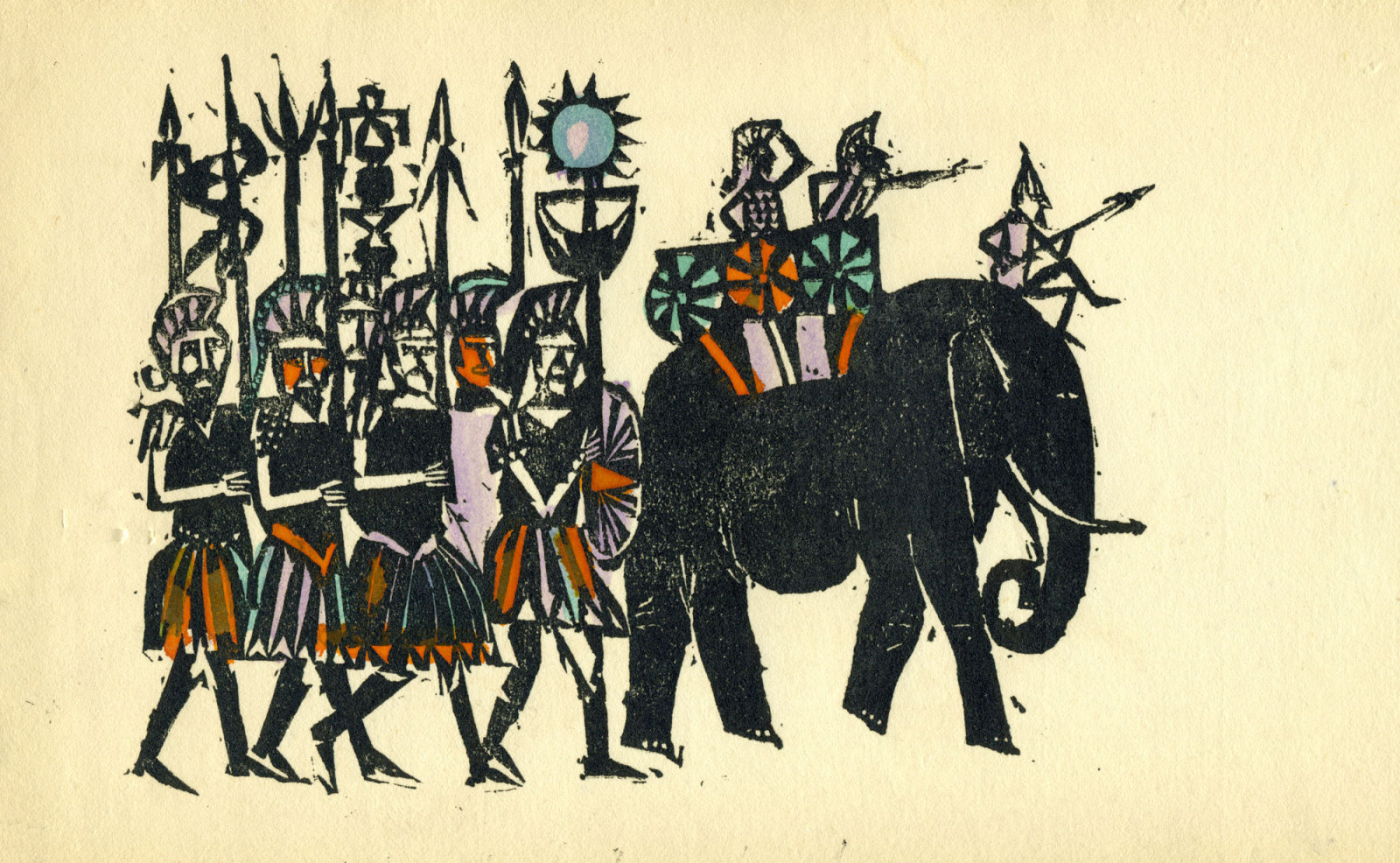 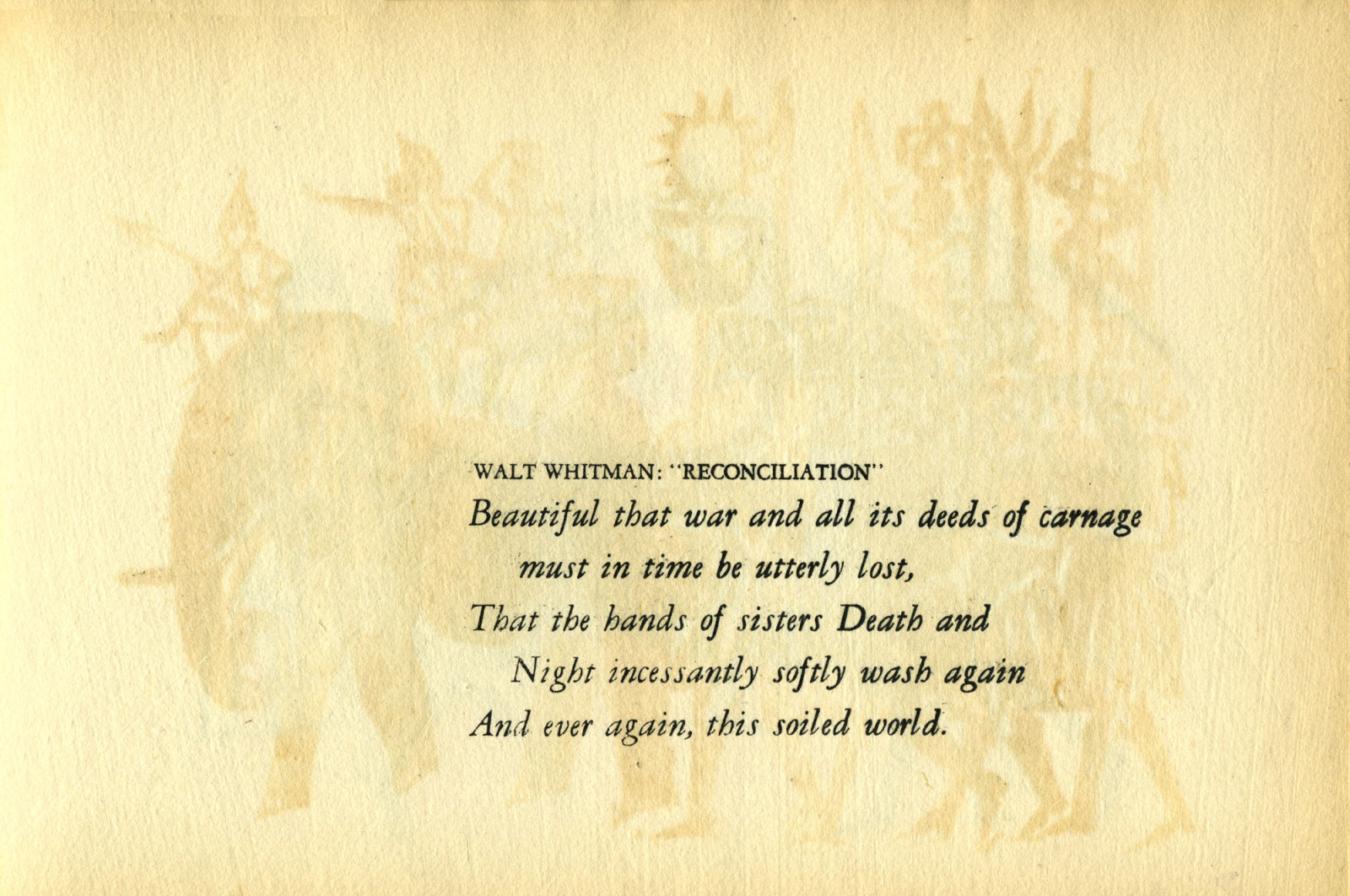 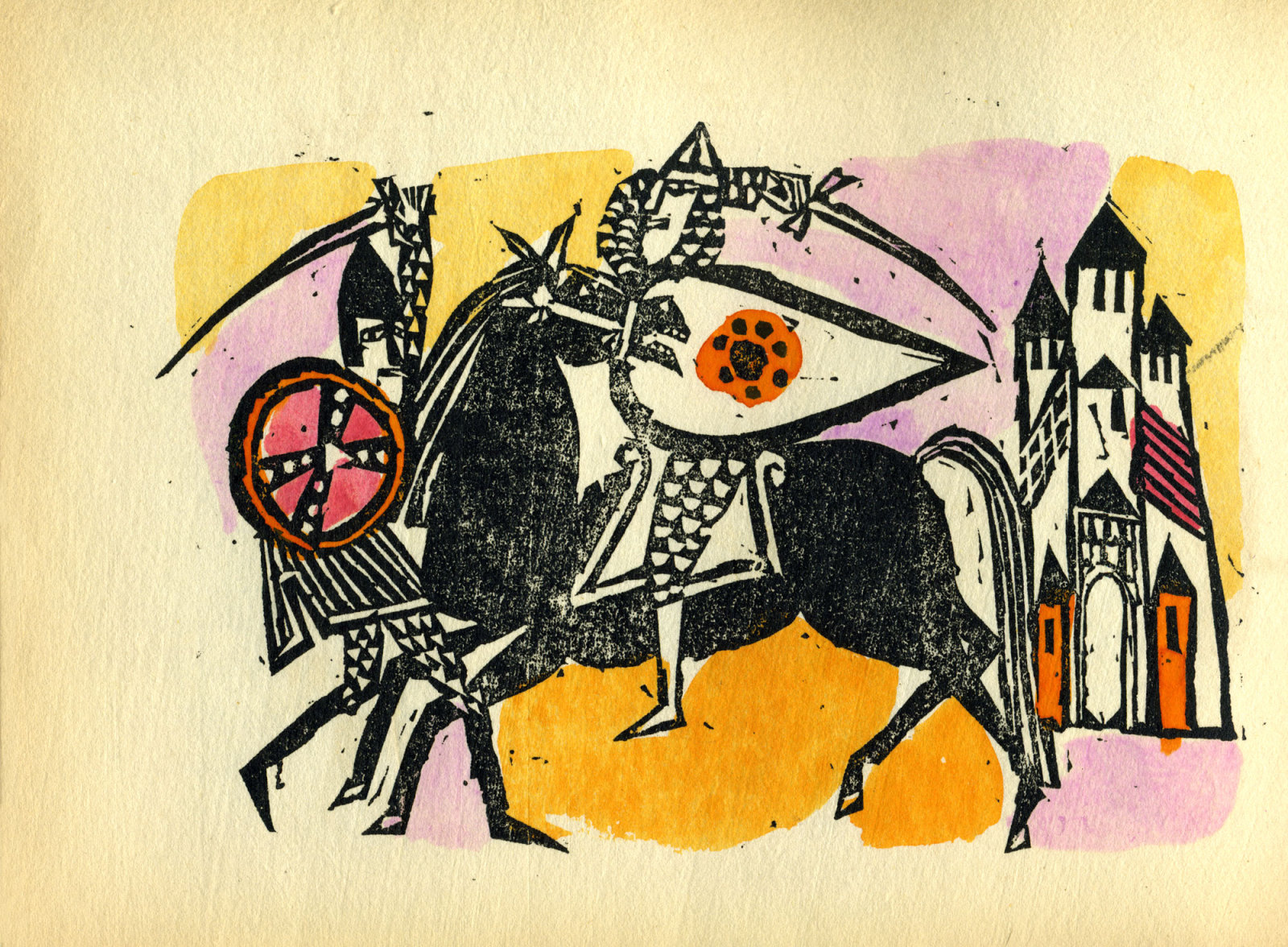 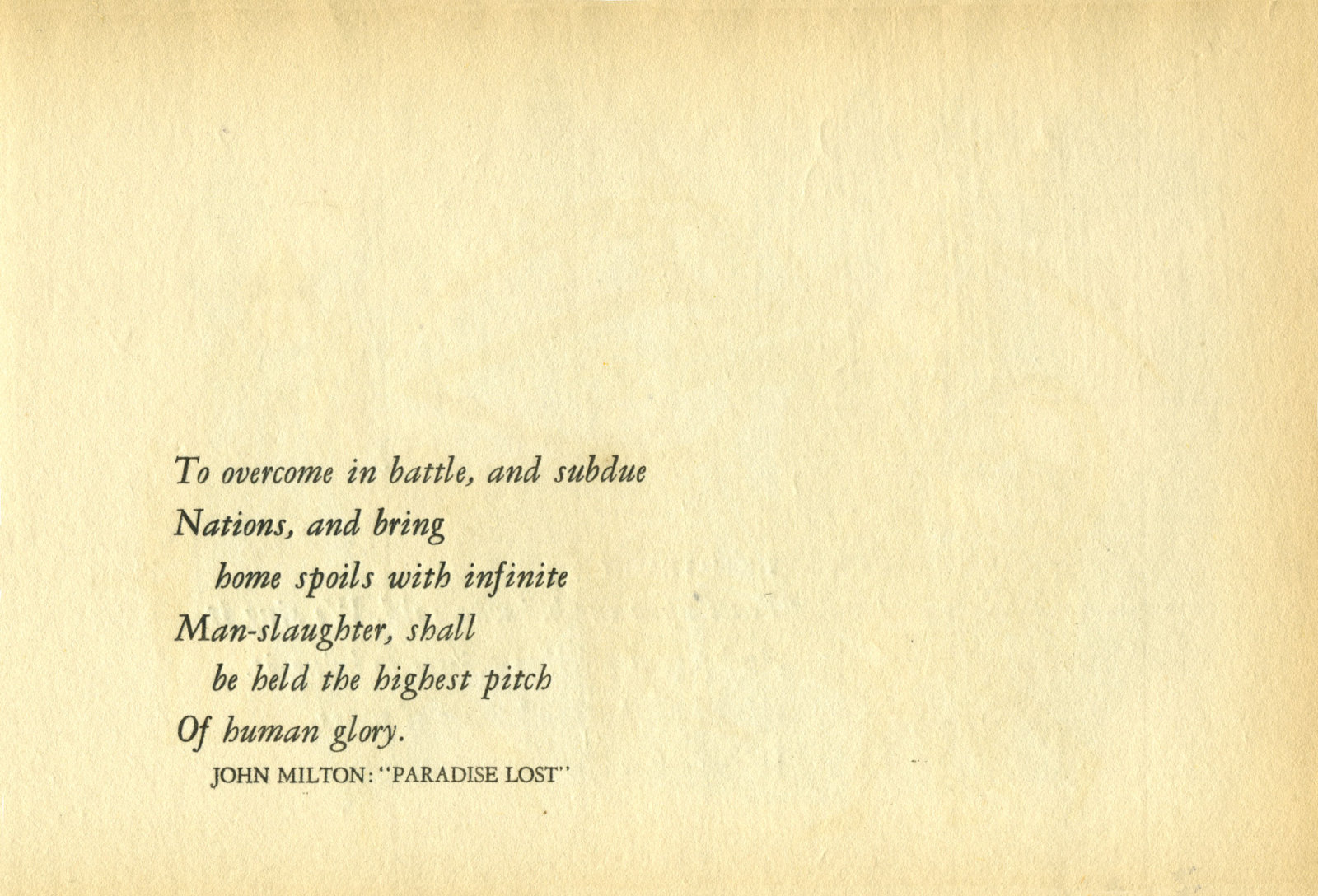 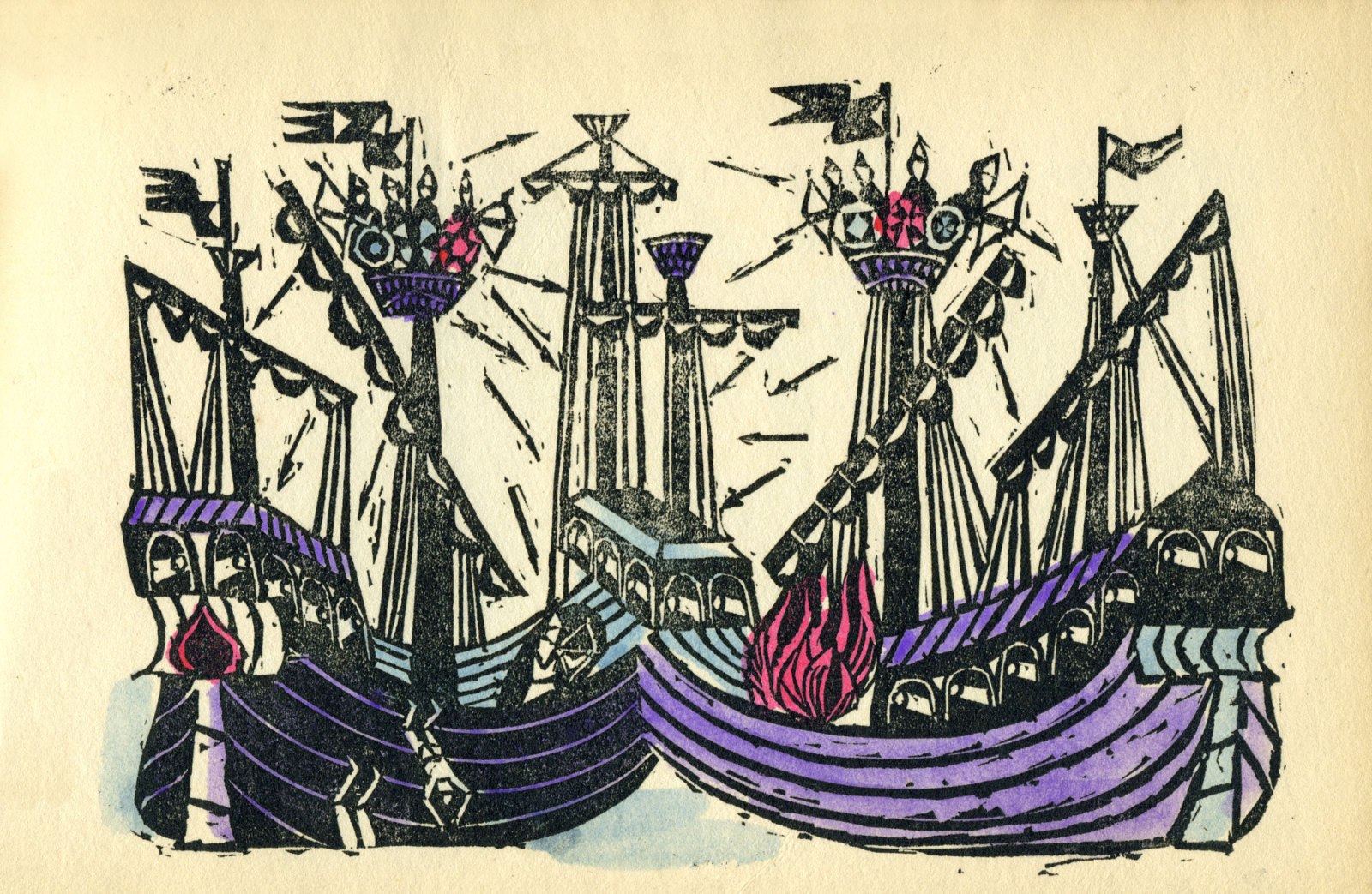 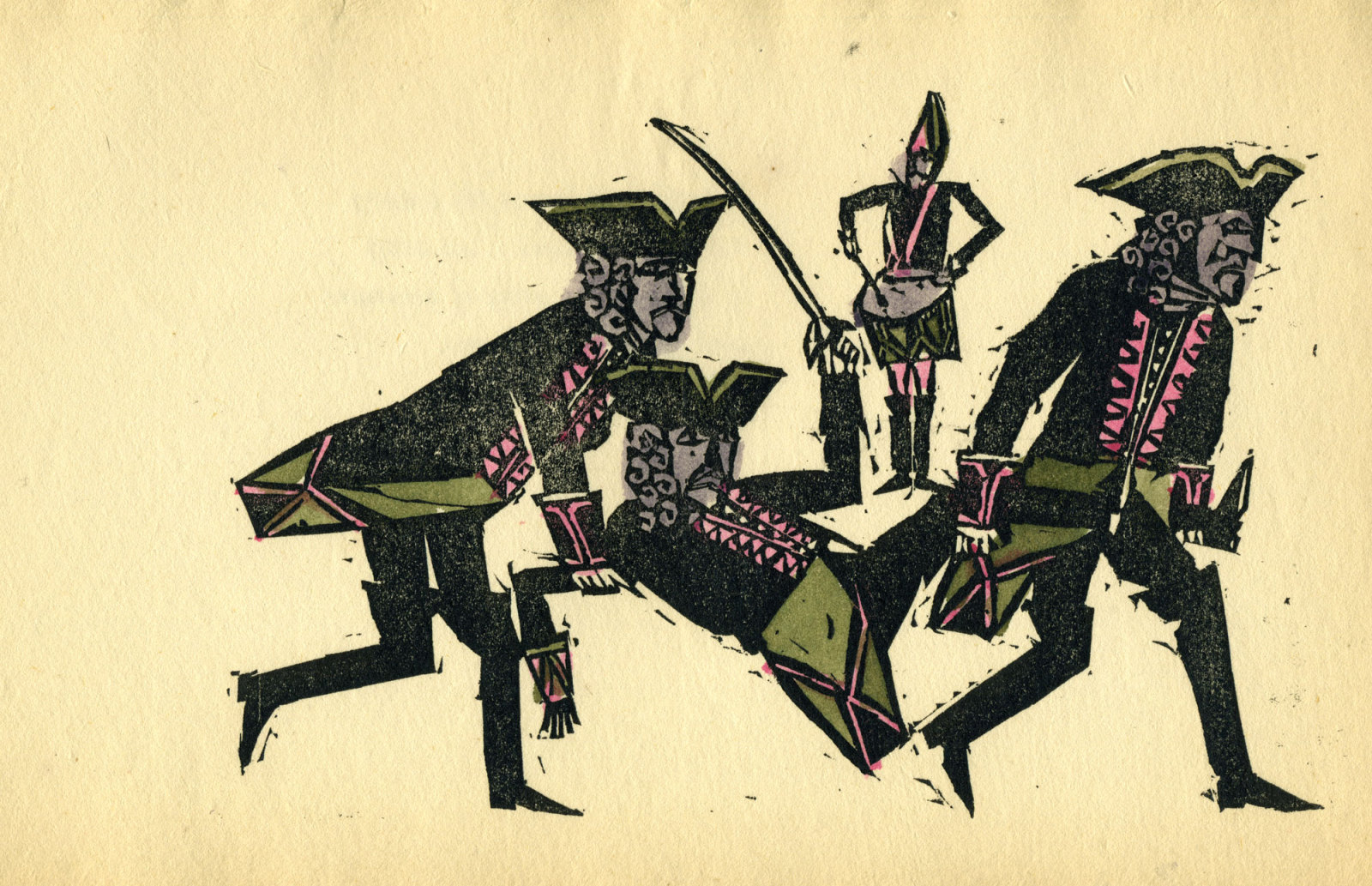 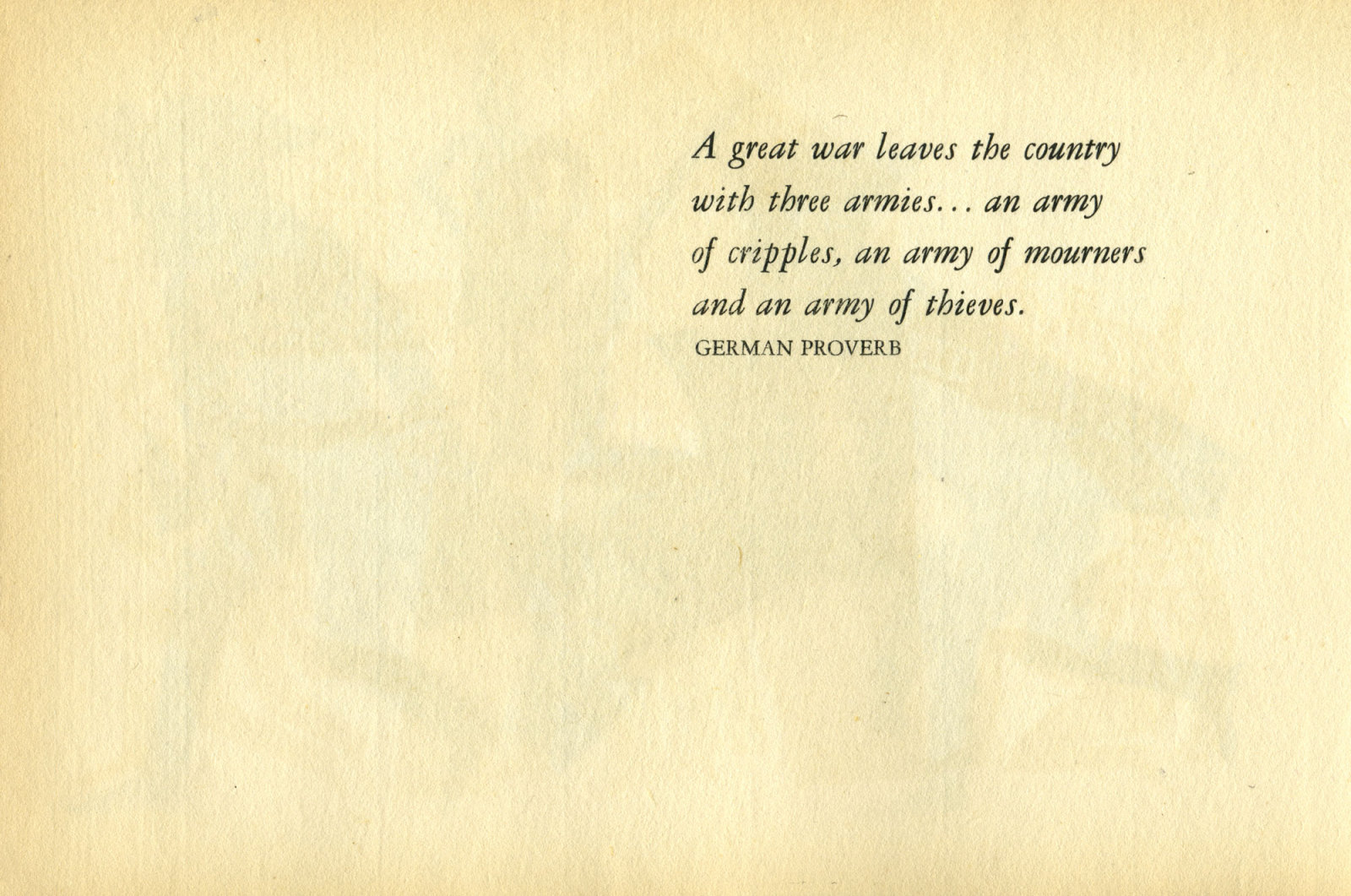 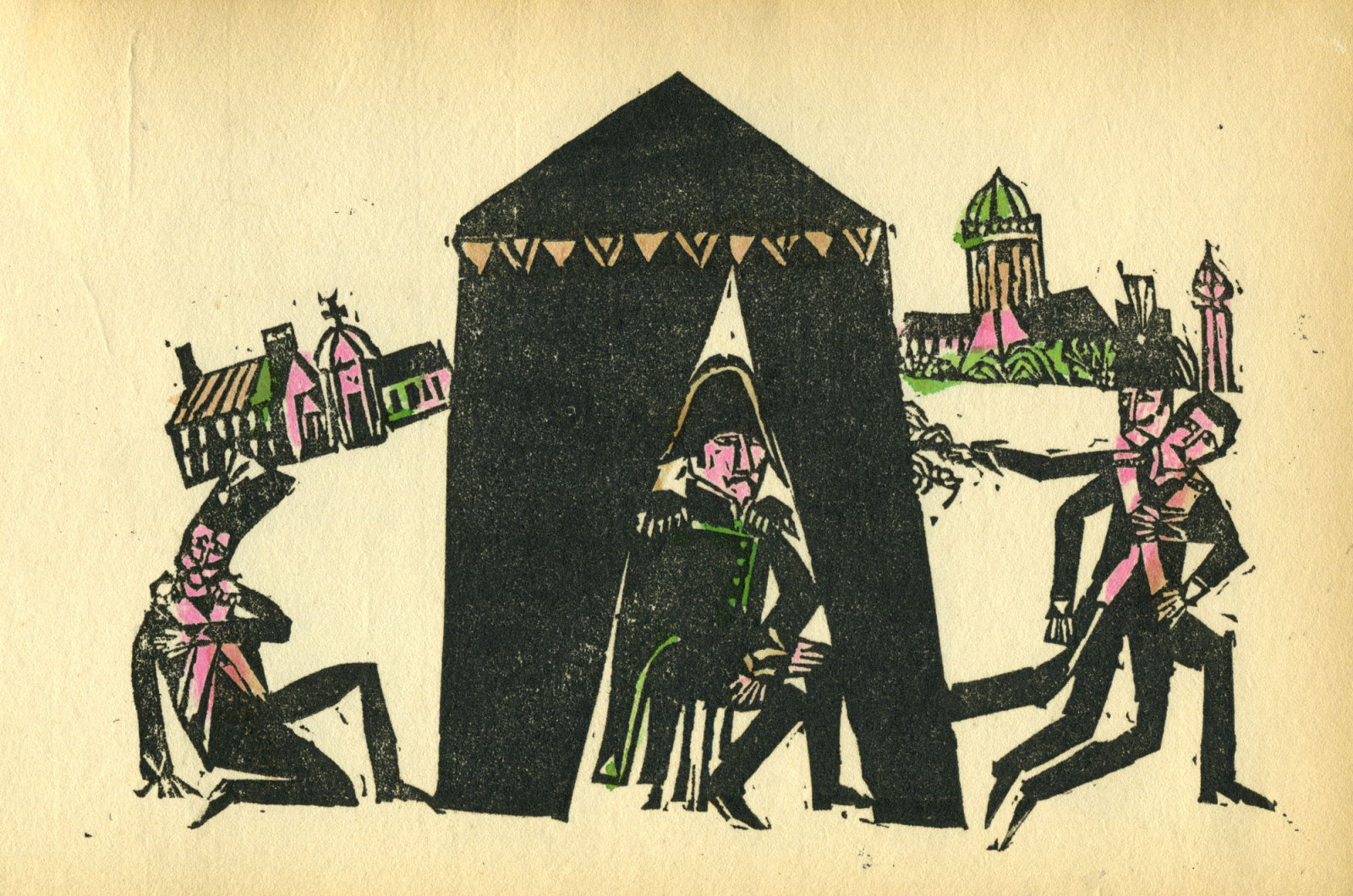 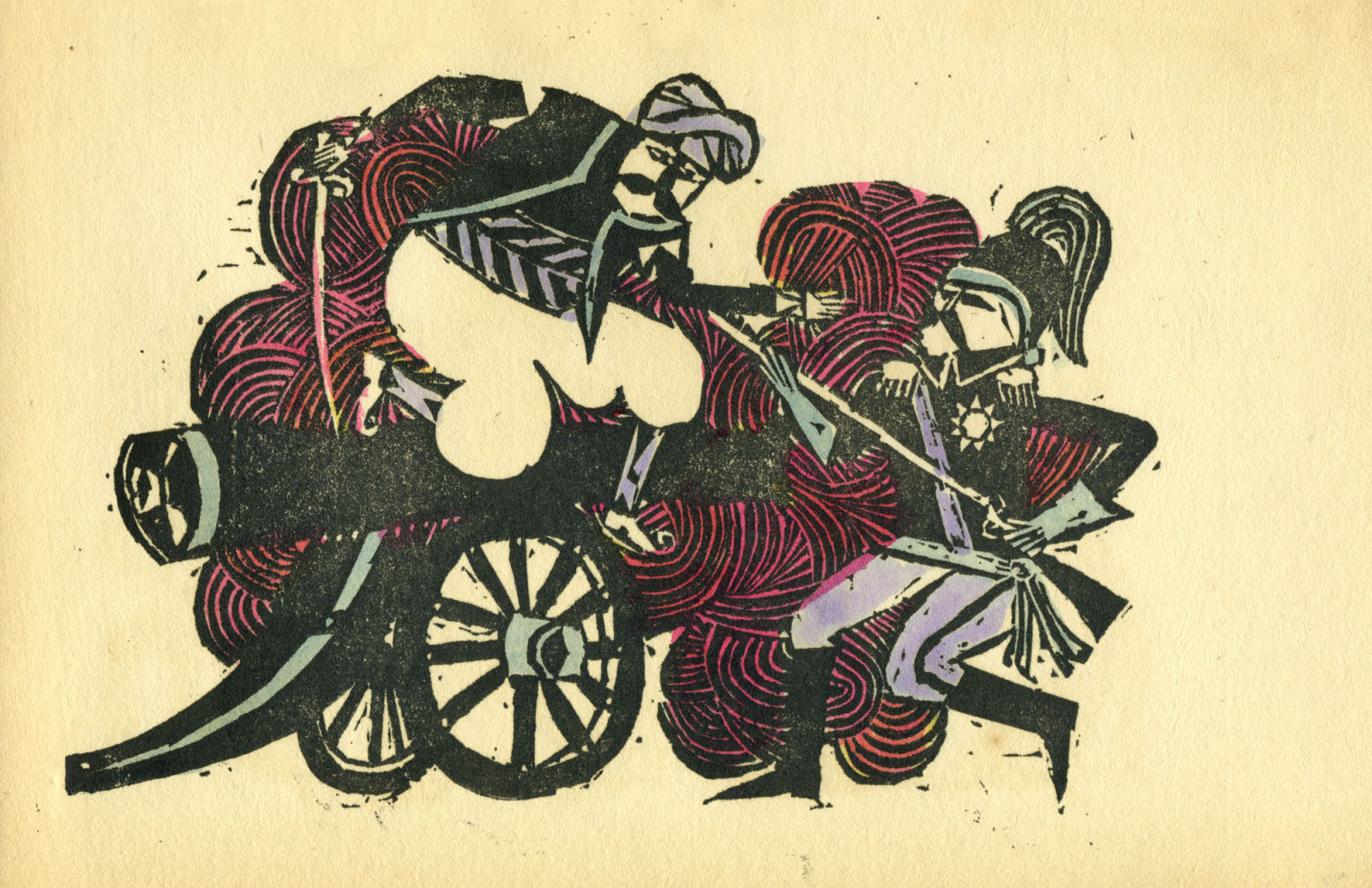 A Book Of Battles

An early expression of Chwast’s anti-war views, A Book of Battles juxtaposes lines by John Milton, Walt Whitman, and Bertrand Russell with nine hand-colored linocuts of famous battle scenes. The introduction was written by Chwast’s cousin, Dachine Rainer, a poet and novelist. Chwast credits Rainer and her husband for shaping his political views, and exposing him to works like Randolph Bourne’s “War is the Health of the State.”

Printed in an edition of 80, Chwast was unable to submit the book to AIGA’s annual “Fifty Books of the Year” show because it did not meet the minimum requirement of 100 copies.