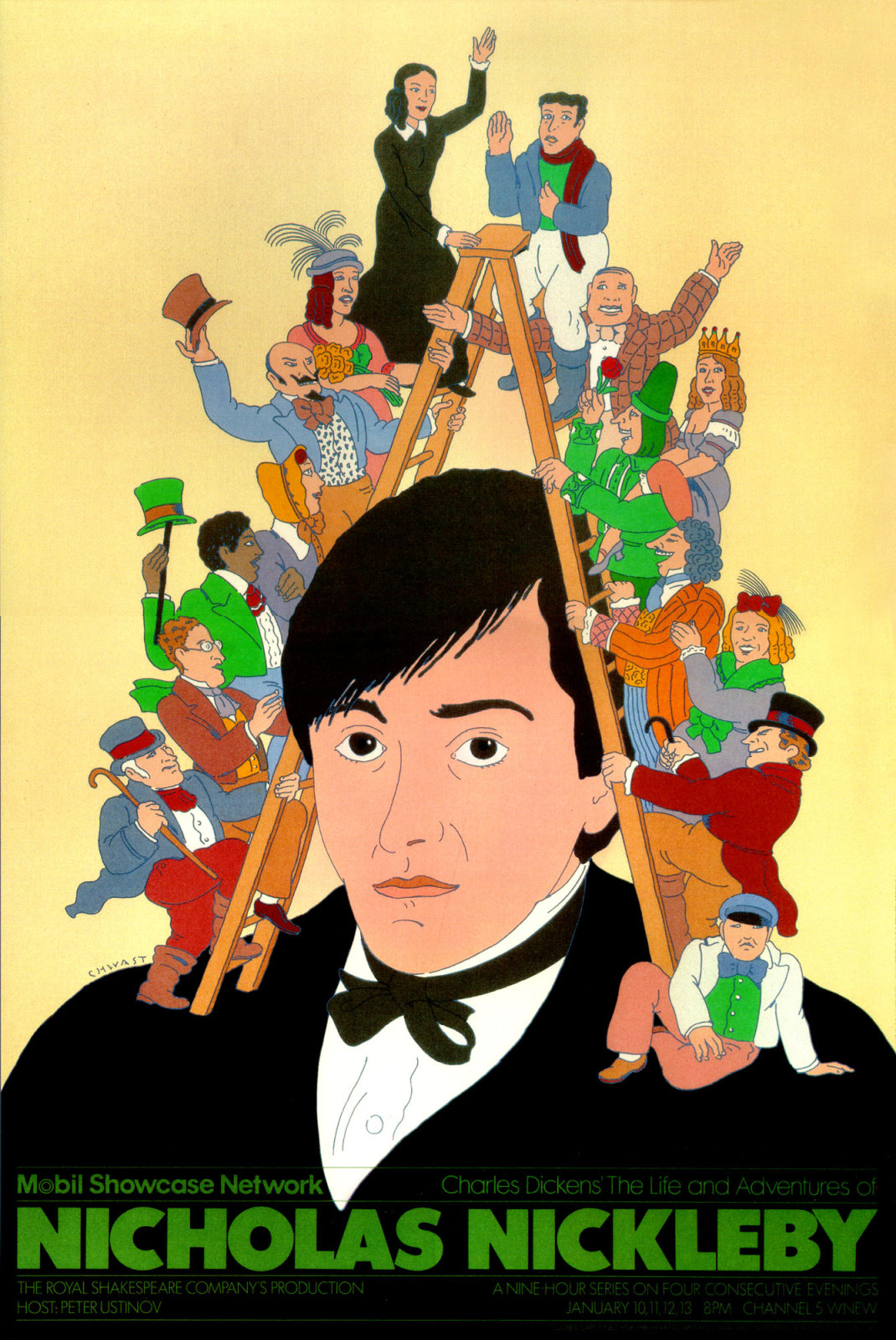 During the 1970s and 1980s, Chwast designed posters, ads, and supporting materials for several “Mobil Showcase” television programs. For this assignment, from art director Sandra Ruch at Mobil, Chwast adapted a British political cartoon from 1821, using the ladder as a device to hold the story’s many Dickensian characters. See The Left-Handed Designer for a more in-depth case study of the ideas and process behind the Nicholas Nickleby advertising.