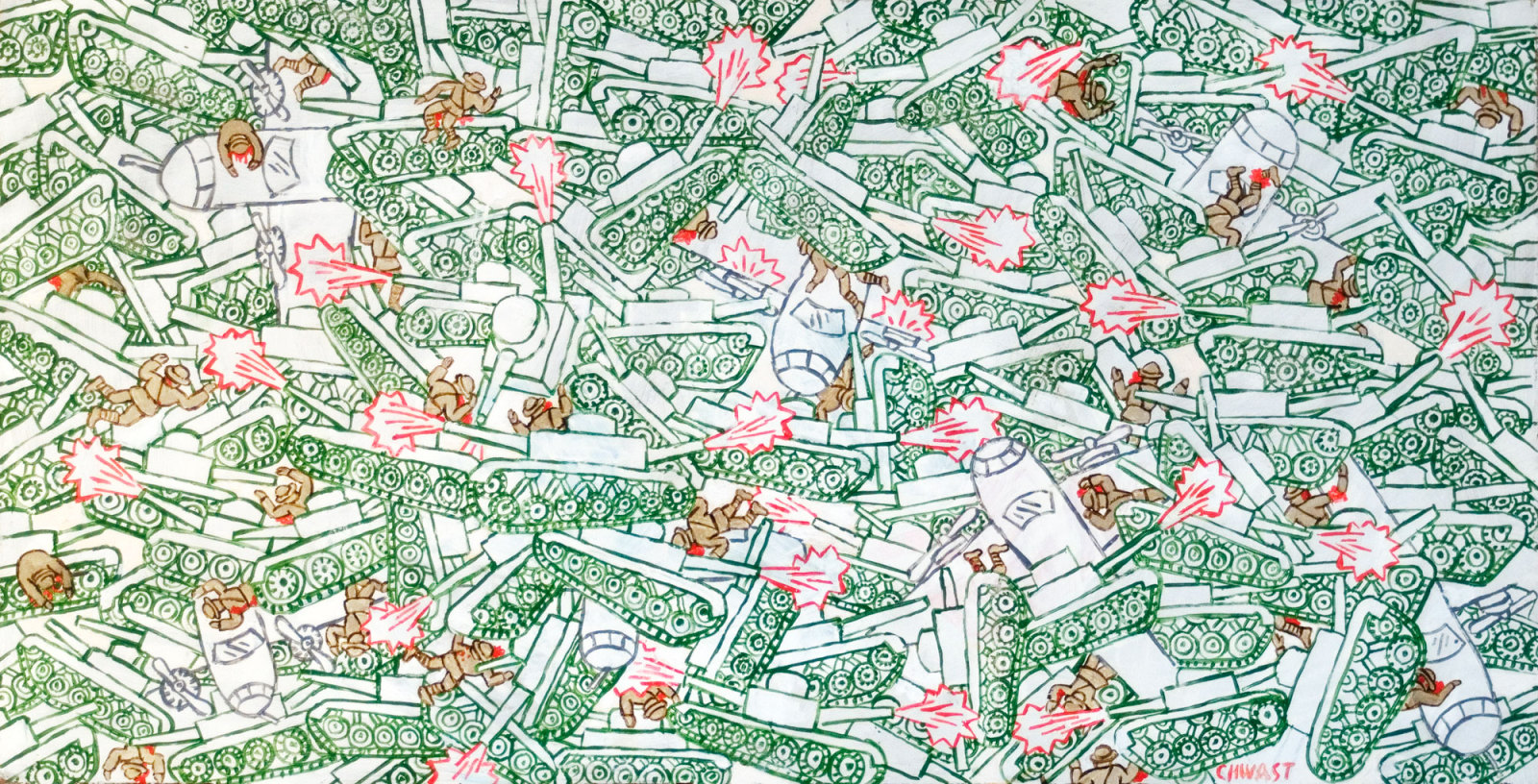 Reminiscent of the WWII battles he often drew as a child, for a period in the mid-2000s Chwast obsessively painted elaborate scenes of warfare, replete with with planes, parachutes, tanks, and men. The series’ title, according to Chwast is far from mysterious: “An overcast sky is filled with clouds. My sky is filled with planes.”